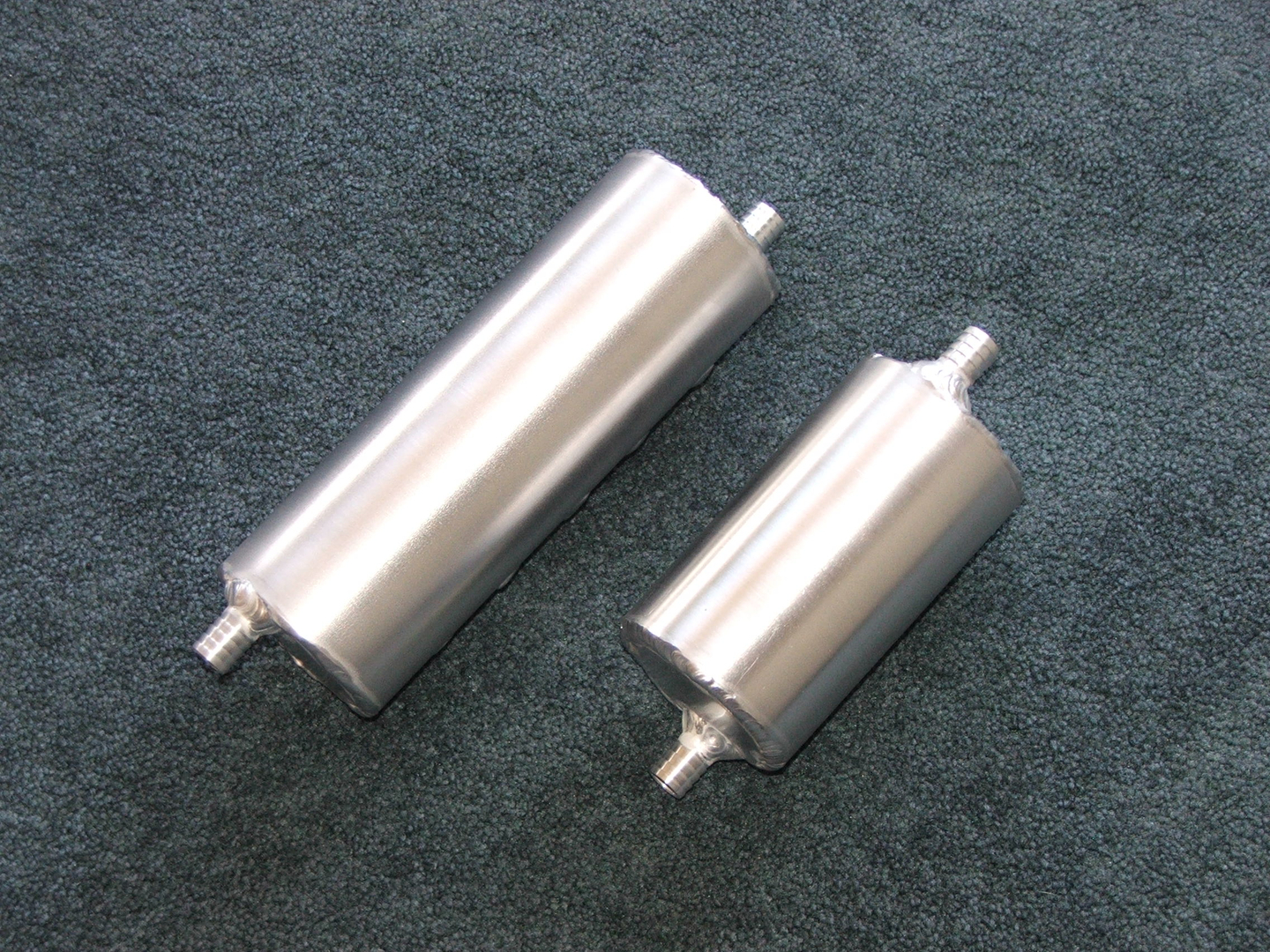 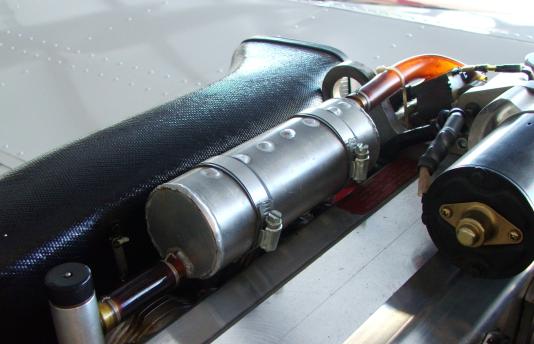 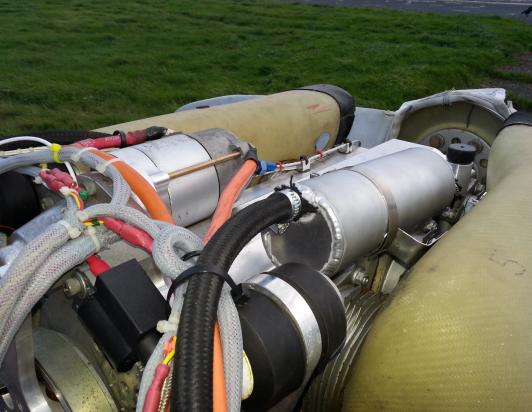 Tired of oil streaks on the belly of your Jabiru-powered aircraft or a catch can full of oil?  Motion Aero's oil separator for the 2200 and 3300 engines will stop those oil vapor blues!  We designed this oil separator for our 3300 to reduce oil usage, and even published the plans on our web site for others to build!  However, few have the tools and skill to build this unit, so after years of requests, we are offering completed units for sale.

How does it work?  The unit is installed in the vent tube, close to the oil dipstick, and it accepts the crankcase fumes, slowing them down while separating out the oil, then uses gravity to return the oil to the crankcase.  This reduces the loss of oil into a catch can and/or onto the aircraft's belly.

Made of lightweight 6061 aluminum in the USA, this unit is easy to mount close to the dipstick using a variety of methods.

Kurt in USA said:  "We really like our Zodiac 601 with the Jabiru 3300, but after returning from flying we noticed oil drops on the hangar floor and an oil streak on the belly of the plane.  We installed Motion Aero's Oil Separator and the drips and streaks are now gone, and a bonus is that the oil consumption was reduced from 2-3 ounces per hour to almost zero.  This thing works!"

Rob in the Netherlands wrote:  "That separator looks great!"  "I flew the engine yesterday.  It ran smooth as ever, no change in oil, CHT or EGT temperatures.  After returning to the hangar, no oil dripping from the breather hose, so it looks like the separator does what it's made to do."

Mick in the United Kingdom wrote:  "Flew for 2 hours today, first flight with the separator installed.  I would normally expect to see between 50-60 ml of oil in the Jab puke bottle, I had less than 10 ml !!"   He wrote a few days later:  "Latest flight showed no more oil, I guess the initial oil may have been the residue after I emptied the puke bottle before the first flight with the oil separator installed."